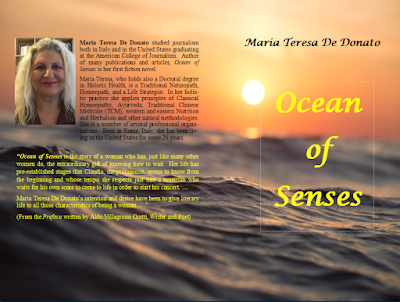 Life is a journey, a journey we make simultaneously in two directions: forwards, through the experience of our everyday routine, but also backwards through our memories.  It is precisely during a journey by car that Claudia, the protagonist of this novel, a woman of Sicilian origins born in Libya in the 1940s at the time of the Italian colonization, lives again her past.  All of a sudden fifty years of life whizz at the speed of the light before her very eyes just like images imprinted on a film.

Her memories project her in the past, to a time long gone where Claudia sees herself back as a child collecting stones on the beach of the ancient town of Leptis Magna founded in Roman times; she enjoys once more and fully the intense and fiery Libyan blue sky and the Mediterranean waters, while walking again through the street of her beloved Tripoli.  She lives again the sudden and completely unexpected end of her marriage, the birth of her son, her escape from Libya following the coup d’état and the coming to power of Colonel Gaddafi, and her consequent permanent relocation to Italy as a refugee: a life that ends up being broken several times and that it is yet characterized by her strong will and determination to start over and from scratch in the attempt to finally find her own place in this world, a place to call “home”.

Many are the memories as well as the questions, profound and introspective, that Claudia asks herself while looking for an honest answer in the hope of having learned the lessons that Life might have tried to give her, but above all, in the hope of having understood them as to avoid to repeat mistakes she might have made – assuming that ‘mistakes’ have really been made…

Drastic and completely unexpected changes disrupt her existence, therefore, making the protagonist ponder on them and leading her to proceed as an automaton, expecting absolutely nothing exciting to happen.  However, Life, or God, Fate, the Universe or however we wish to call It/Him/Her – Claudia is no longer sure about it – seems to have different plans for her and that apparent flower that appeared to have lost its lifeblood will flourish, bloom and explode in such a way as she would have never imagined.  An ocean of senses, where true love, intense passion, sensuality and sexuality, lived in the most uninhibited, spontaneous, honest and healthiest possible way, will manifest impetuously taking by storm Claudia’s life as well as that of the person she loves the most.  A tsunami of feelings and emotions will fall upon them in the least expected moment. 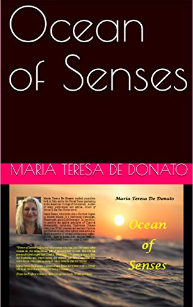 Posted by holistic.coaching.dedonato at 3:29 PM