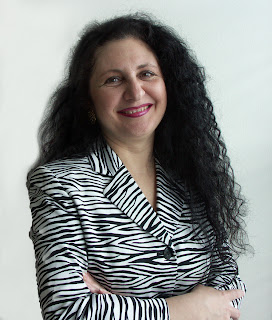 In my March 21st,  2014 and January 4th, 2015 articles we have considered respectively Herbal Medicine (http://holistic-coaching-dedonato.blogspot.com/2014/03/wisdom-from-past-journey-intoherbal.html) and Homeopathy (http://holistic-coaching-dedonato.blogspot.com/2015/01/alternative-health-systems-homeopathy.html), which are two major health care systems.
In this article we are going to take a look at the pretty unique, yet quite controversial New
German Medicine (NGM) of Dr. Ryke Geerd Hamer.

As a Traditional Naturopath and Classical Homeopath having a holistic and multidisciplinary approach to life and health, I believe there are a few main points in the NGM that are worth exploring since they might contain some deep truths that could help us to better understand the dynamics of symptoms, disease (especially cancer),  and, consequently, of the healing process.

The Five Biological Laws identified by Dr. R. G. Hamer, in fact, along with his understanding that each kind of cancer is the result of a specific type of trauma that manifests psychologically and biologically in a specific area of the brain that controls that kind of cancer is not only fascinating but also makes much sense when confronting typology of cancer, area where it manifests, and the kind of trauma as the root cause that might have determined it.  Although not denying that many debilitating and degenerative diseases may be caused by environmental pollution or other factors, Dr. Hamer maintains that each cancer is the consequence of a specific trauma or ‘conflict shock’.

During the years that he practiced medicine, and after having experienced cancer himself, Dr. Hamer was able to come up with a pretty detailed classification through which he identified the kind of conflict shock each cancer is related to and the exact area where each kind manifests accordingly.  He was able to accomplish that by scanning the brain of each patient of his affected by cancer and by checking which area of the brain was linked to what kind of cancer affecting a specific area where the disease showed up.
His findings can be summarized as follows:

Quite interesting is that according to this theory

a)      when cancer manifests the healing process has already started and

b)      the more traumatic the conflict shock is at the beginning when the individual is unexpectedly confronted with an experience he/she is not prepared for the more aggressive the manifestation of the cancer will be.

As consequence of point b) it is highly recommended, as soon as the individual becomes aware of the level of shock they went through and the consequent insurgence of the cancer, that they work the best they can as to downgrade the level of shock they went through initially in order to limit as much as they can the consequent impact of cancer on their health and make the healing process easier.  It goes without saying that in this regard GNM sees, therefore, treatments such as chemo- and radiotherapy as interfering with the natural healing process.

As for the Five Biological Laws which constitute the core of GNM theory, they can be summarized as follows:

1)         The First biological law - also defined as DHS (Dirk Hamer Syndrome), after Dr. Hamer’s son Dirk who died after being shot in 1978 and whose death led Dr. Hamer himself to get cancer - states that every kind of cancer or cancer-like disease is caused by a trauma as consequence of an event the individual could not anticipate and was not prepared for.  This first biological law is articulated on three criteria:

Ø      Every Significant Biological Special Program (SBS) originates from a  Dirk Hamer’s Syndrome (DHS), which is an unexpected, highly acute, and isolating conflict shock that occurs simultaneously in the psyche, the brain, and on the corresponding organ;

Ø      The conflict content determines the location of the Hypothalamic Hamartoma (HH) in the brain and where exactly on the organ level the related Significant Biological Special Program (SBS) will run its course;

Ø      Every Significant Biological Special Program (SBS) runs synchronously on the level of the psyche, the brain, and the organ;

2)         The Second biological law, according to which each cancer or cancer-like disease articulates in two phases:

a)         The first phase, called ‘active conflict phase’ in which the sympathetic nervous system dominates and is characterized by cold skin and extremities, stress, weight loss and sleep disorders.  Once the person overcomes this phase he or she enters the so called ‘post-resolution healing phase’ in which the parasympathetic nervous system dominates, and which to the contrary is a warm state;

b)         The second phase is the one in which the individual encounters more risks due to the intensity of the shock experienced at an emotional level, so that basically the rule is that the more intense the trauma was at a psychological level the more dramatic the manifestation of the symptoms will be during the healing phase.  This implies that as soon as one is faced with a conflict shock he or she should try either to solve the problem as fast as possible or at least to do his or her best to downgrade it in order to limit the impact of the disease on his or her health during the healing phase (that is when cancer manifests);

3)         The Third biological law, also called the Ontogenetic System of Cancer and Cancer-Equivalents, highlights that the progression of the disease is controlled primarily by the brain, either by the ‘old brain’, which includes brain stem and cerebellum, or by the ‘new brain’, or cerebrum, with the old brain controlling survival functions such as breathing, eating and reproduction, and the new brain managing more elaborated ones as personal and social issues and conflicts;

4)         The Fourth biological law – defined the Ontogenetic System of Microbes – sees
microbes as being not the cause of diseases but rather as helpers for they are used by the
body, and coordinated by the brain, to facilitate the healing process, assuming that the
necessary microbes are available at the time they are needed;

5)         The Fifth biological law, or the Quintessence, states that the conflict active phase
and the healing phase of the disease prove to be ‘special meaningful programs of nature’
which include the intervention of bacteria, fungi, and viruses.

In conclusion we need to acknowledge that the GNM has several merits. It has been able to eventually find the link among typologies of cancer, traumas that cause it and the related area(s) where the disease manifests; it has understood the dynamic of cancer itself, the reason for its aggressive manifestation and the importance to downgrade the psychological and mental anguish and shock that might have accompanied it from start in order to favorite and speed up the healing process. By identifying the Five Biological Laws regulating the whole process, GNM has helped, in my view, the medical field to move several steps forward in its understanding of the dynamics of this disease as well as to prepare potential victims to be better equipped to face it, cope with it, and eventually to
promote healing from within.

Although I recognize and appreciate the validity of this method, as a holistic practitioner
and action person I do feel that sometimes just staying still and looking at the manifestation of the disease and consequent expected natural healing to occur might not be enough but that some further help might be needed.  The latter could be in the form of healthier lifestyle and nutritional regimen, herbal or homeopathic remedies, emotional and spiritual coaching or a combination of them. This could not only facilitate healing from within but also play a major role in restoring optimum health.

IMPORTANT!!! The present material is for educational purpose only and not intended as medical advice. Whatever your circumstances and health issues, consult with your physician first. To know more about how naturopathy and homeopathy can help you, you can contact me at info@dedoholistic.com or holistic.coaching.dedonato@gmail.com

Posted by holistic.coaching.dedonato at 12:52 PM

Posted by holistic.coaching.dedonato at 12:50 PM