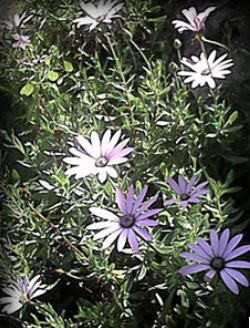 Posted by holistic.coaching.dedonato at 2:22 PM

Wisdom from the Past: A Journey into Herbal Medicine

Prescription and over-the-counter drugs; people looking for medicines in the attempt to take care of their health and pharmaceutical companies hunting for ways to maximize their profits.  In this pretty sad scenario a light comes from the past: Can the use of herbal remedies, which has been common for millennia as the very foundation of the healing systems of the most ancient civilizations, be still effective today?

Each year, worldwide but especially in the most industrialized countries, people spend million dollars in medicines to take care of their health and treat their diseases while pharmaceutical companies invest also much money in advertising in order to sell as much drugs as possible for if they don’t they may run out of business.  It appears clear, therefore, that if reaching optimum health is priority number one for patients it cannot be said the same for the pharmaceutical industry.

The awareness of this reality may be one of the reasons why each year more and more people search for natural remedies as a way to prevent diseases and improve their overall state of health in order not to get sick in the first place.  One of this method is, of course, Herbalism, also known as Herbal Medicine or Botanical Medicine.

As History of Herbal Medicine (GCNM, 2008) highlights, Herbal Medicine is rooted in the very far past: from the Materia Medica written around 2,000 B.C.E. under the Sumerian King Assurbanipal, which contains some 250 herbal drugs to the Egyptian Ebers Papyrus, dated around 1,500 B.C.E., including some 876 herbal treatments; from the Greek Materia Medica Rhizotomikon, whose author, Diocles of Caryotos, was one of Aristotle’s pupils, to the Latin De Materia Medica, written by Dioscoridos around the 1st
century, containing about 950 herbal remedies, it looks like all the greatest civilizations developed their own healing system based primarily on the use of herbal remedies to treat all sorts of health issues.  Second to no one, the Muslim World, as well as , and also developed their own herbal system for treatments. (pp. 9-11)

Jami of Ibn Baiar, who lived in the 13th C.E. wrote the Muslim Materia Medica containing some 2,000 remedies, many of which were plants.  In , the main Ayurvedic text on internal medicine written was the Characka Sanihita, which contains about 582 herbs as well as the Sushruta Sanihita, which lists about 600 herbs and that may be dated around the 1st C.E. (pp. 9, 10)  During the Middle Age, thanks to physicians traveling back and forth during Crusades’ time, West and East were finally able to improve their knowledge of their respective systems and import them in their country. (p. 10)

Also interesting is to note that most of Chinese Medicine actually originated from Ayurveda; that even the Old Testament (Bible) refers to many herbs which were used to treat diseases thousand years ago; and that worldwide men like Hippocrates, Galen of Pergamon, Claudius Galen, monks in their monasteries, Avicenna, and many more (GCNM, 2008, pp. 9-16) greatly contributed – by observing nature, searching for remedies, cataloguing and writing about their findings – to the outstanding, deep knowledge of herbalism all of us may be proud of, thankful for and treasure today.

The efficacy of Herbal Medicine is well documented by the admission of the World Health Organization (WHO) that today some 4 billion people worldwide use herbal remedies for treatments.  As Dr. Andrew Weil – the well known American author and physician, founder of the Integrative Medicine and Program Director of the Center for Integrative Medicine at the – points out in his work
Guide to Optimum Health (Weil, 2002, Disc 5) botany and medicine are strictly related and till just a couple of centuries ago doctors used to study also botany and plants preparations and only around 1960 the situation dramatically changed and “the only courses in which botany was taught was in Pharmacography” for future pharmacists. This situation also ended about twenty years ago indicating that “medicine had drastically
shifted away from nature which is the source of healing.” (Weil, 2002, Disc 5)

Very interesting is the observation that Dr. Weil does in his work when he states
that

It’s true that some herbs can have certain amount of toxicity, but we have to keep
this into prospective if compared to the toxicity of pharmaceutical drugs.  One
hundred thousand deaths each year only in the can be attributed to the use of
pharmaceutical drugs.  This was the result not of the wrong drug given to the
wrong patient under the wrong condition, but the right drug given to the right
patient under the right condition and despite all this one hundred thousand people
died. (Weil, 2002, Disc 5)

According to Dr. Weil (Weil, 2002, Disc 5) the reason of all these deaths depends on the fact that “when you find something in nature that has a biological effect and you attempt to concentrate that power to make it stronger, you inevitably also concentrate toxicity because there is no difference between a drug and a poison except for dose.”

Another main difference between herbs and drugs is that herbs are complex, that means they contain many ingredients, which can treat a variety of health issues.  Drugs, to the contrary, are usually manufactured following the theory of the reductionism for which “part equals whole” (Weil, 2002, Disc 5) and “single compounds are responsible for the effects of complex medical plants, that those singular compounds can be isolated and it’s better medicine to give in pure, isolated form.”  (Weil, 2002, Disc 5)
Dr. Weil objects the validity of this theory by using the example of the Coca leaf, a sacred plant used by the Indians of the High Andes from which cocaine is produced. The Indians of the use Coca leaves, which are basically stimulants, as a remedy effective for many sorts of health issues, running from digestive problems to diabetes prevention, diarrhea and constipation. Though cocaine originates from Coca leaves, it
constitutes only one compound of it, for coca leaves have more than fourteen ingredients, so that the effect that one pure, and therefore much stronger compound, like cocaine taken alone, has on the organism is much different than chewing the coca leaves or using them some other ways.  The impact that a single, isolated, and concentrated substance has on the organism is much stronger and can have devastating effects as we all can witness in most cases of cocaine addiction. (Weil, 2002, Disc 5)

Furthermore, Herbal Medicine is a complementary therapy which looks at the human beings and their health from an holistic point of view: if some cells do not work properly or if they cause problems to a certain part of the body or organ, another part of the body or another organ may be affected as well as our emotions can affect our body in such a way that they may cause a physical manifestation, that is a disease. (Mills, 1988,
p. 32)

Human health is determined by a self-regulating mechanism, called homeostasis: in herbalism the main task is to evaluate the general health status of the clients and determine which remedy might work better for them. (Mills, 1988, p. 32)  As consequence, advices and treatments are individualized: each one is designed for a
specific customer’s need so that something that may work for a patient may not work for another. Furthermore, remedies may be changed over time according to the changes of needs or symptoms of the client. Therefore, the goal of the herbalist is to help the self-healing mechanism of a client to work properly in order for the body to heal itself.

Herbal Medicine recognizes also the importance to choose the more proper dosage form and preparation technique in order to accomplish its purpose and promote the body’s self-healing.  Herbal remedies can be found in forms of teas, syrups, oils, liquid extracts, tinctures, and dry extracts (pills or capsules) and today, as in the past, nature offers us an immense variety of plants to choose from.

Aloe Vera, for instance, can be used both topically, for wound healing, sunburn, and minor skin irritation, and orally for constipation, peptic ulcers, diabetes, asthma, and only rarely can cause allergic reaction like dermatitis and eczemas; Black cohosh (Cimicifuga racemosa) can be a very effective remedy for menopause, PMS, and dysmenorreha, though caution is required for it may interfere with diabetes and estrogen therapy; Echinacea is a powerful and natural antibiotic and can be used to fight colds, coughing, fever as well as wound and burns; Garlic, so commonly used in almost all ancient civilizations and still amply utilized in the Mediterranean cuisine, is very well known for its capability to fight arteriosclerosis, improving circulation, purifying blood, lowering blood pressure, and for its anti-inflammatory properties; Ginger (Zingiber officinale) is a powerful antispasmodic, anti-inflammatory and peripheral circulatory stimulant, though caution is advised for it may interfere with cardiac, anti-diabetic and anticoagulant drugs. (Dunphy & Winland-Brown, 2005, pp. 1, 2).  These, of course, are just a few of the thousands herbs that can be used as remedies.

Despite the millennia passing by and entire civilizations disappearing the abundance we are offered is indescribable.  As our ancestors did, we can’t but bow down to the greatness, beauty and wisdom that nature keeps showing us, learn from it, and with immense appreciation take advantage of it in the most humble, yet joyful way.

Disclaimer: All the above material is intended for educational purpose only and not as medical advice.  For whatever health issue you might have, please consult with your physician first.  As for questions regarding the kind of help I can provide you, please feel free to contact me via email at info@dedoholistic.com

Posted by holistic.coaching.dedonato at 2:19 PM